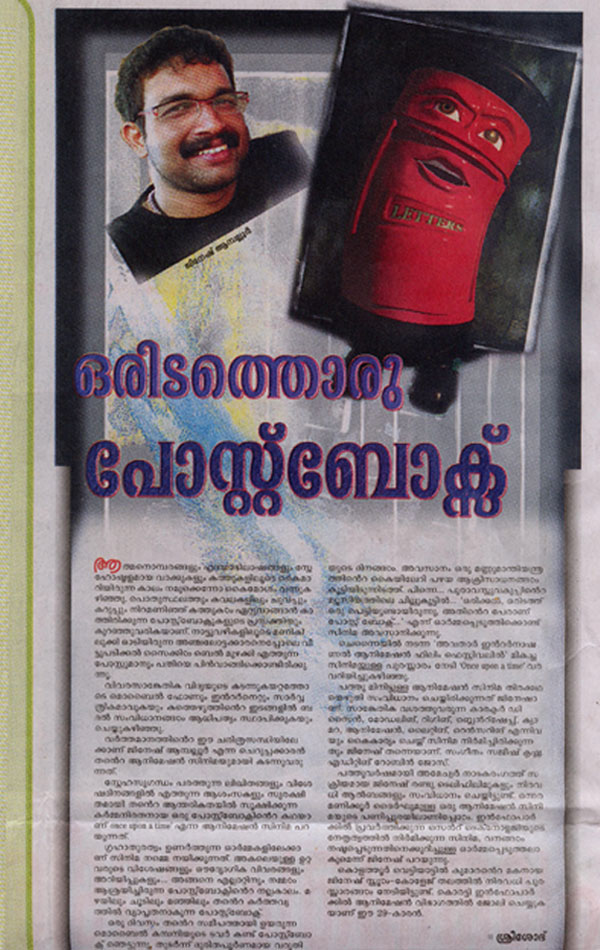 Short film "The Post Box" depicts the contemporary scenario that shows the over - powering of modern technologies or "e - gadgets" over the traditional communication technologies.